Our player Carla Suarez says goodbye to an outstanding tournament, both individually and in doubles.

Carla returned to stay at the gates of his first Grand Slam semifinal to fall with the young Canadian player Eugenie Bouchard when winning 4-1 in the third set, but ended up losing by 76 (7-4), 26 and 75 . Was a shame, because she was only at 1 play to get into a Grand Slam semifinals or better clay court tournament of the world, but we will work to get it and we are confident that we will succeed soon.

For the doubles, teamed with Garbiñe Muguruza and they slipped into semi-finals of Roland Garros, where they lost to the pair number 1 in doubles, formed by Taiwan’s Su-Wei Hsieh and Chinese Shuai Peng, on 62 57 62.

The baggage of Carla and Garbiñe at Roland Garros may not be remarkable. In addition to signing their best result at the individual level are reaffirmed as one of the partners to consider in the doubles in the present and the future, because after three tournaments played as couples have signed quarterfinal (Miami) Final (Madrid) and semifinals (Roland Garros).

Congratulations Carla for what you have achieved and continue to advance together! 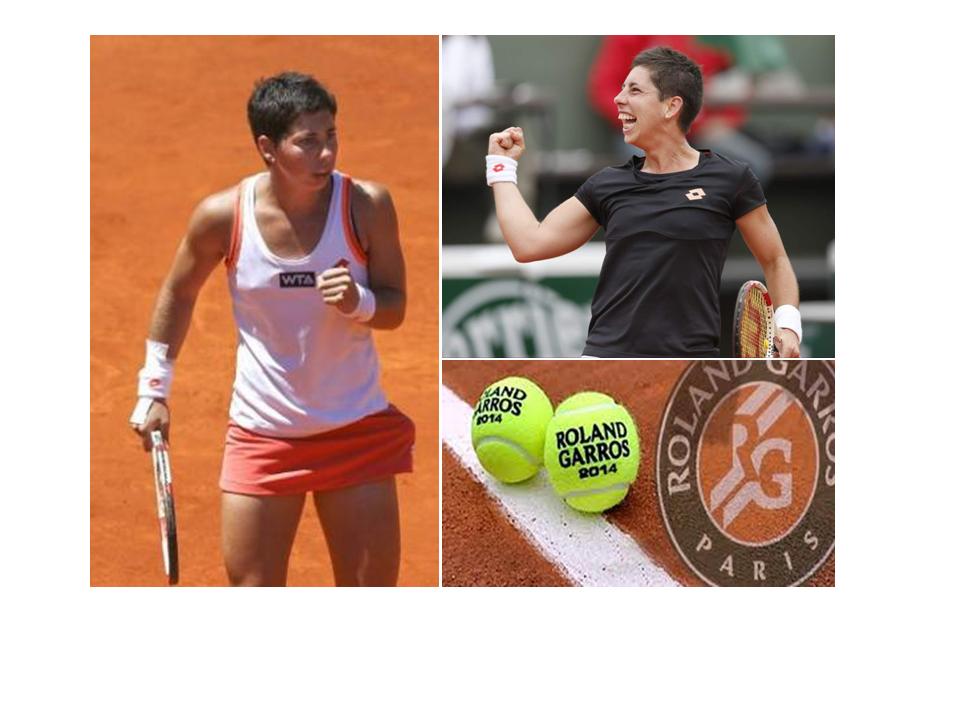