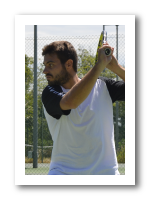 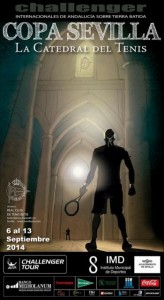 Our players Gerard Granollers, Edu Esteve, Jordi Samper, Oriol Roca, Roberto Carballes and Lorenzo Giustino will be presents in the final phase of the 42500+H Challenger 42500+H that will be held in Seville from 6th al 13th september.

This championship has more than 50 years of history and it’s the only in one the world taht uses yellow clay.

We wish the best to our players!

Jordi Samper and Gerard Granollers finalists at the ITF Rumania 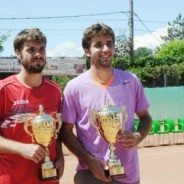 Jordi Samper has added his fifth title of the season on the world circuit ITF Futures by beating Barcelona also Gerard Granollers in the final of the ITF tournament in Bacau, Romania, 6-4, 6-3. Samper had won tournaments this season Antalya-Belconti (F6) in Turkey, Reus, Manama in Bahrain and Lleida, in addition to being a finalist in Badalona and Padua in Italy.

With this tournament, Samper is in the first 200 and Granollers in the 250.