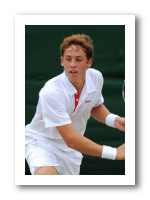 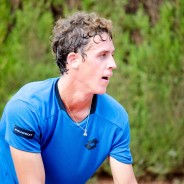 Roberto Carballés repeated title in Sant Cugat ITF tournament after beating frenchman Alexis Musialek 6-4, 4-6, 6-2 in a long, tough game. This tournament featured five players from our academy at eight quarters, what makes us feel very proud of them. Here you have some pictures of the final...

Posted by ProAB Team on 10:19 in News, Roberto Carballés | 0 comments 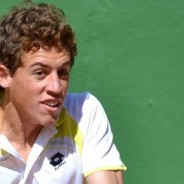 Roberto Carballés anchored in position 273 of the ranking , appeared in Casablanca with the hope of sneaking into the main draw of the tournament. Ahead, had a qualifying round three games. Chance provided you in the same key as two players much better ranking than him, the young Serbian promise, Dusan Lajovic (76 º) and the Austrian Martin Fischer ( 174 in the world ), along with Oliver Marach ( 1171 º) . But the Spanish would get rid of them with astonishing superiority. Without losing a single set and no more than seven games per match....